Blog entry #2: Strict standard of proof for an asylum claim forces applicants to fabricate their stories to get approval.

The asylum application requires the applicant to explain in detail who, when, where, and how the applicant was or will be persecuted/harmed if he is required to leave the U.S. and return to his home country. Unless the applicant has specific instances of threats or abuse, it is nearly impossible to obtain an asylum.

Unfortunately, living conditions in their home countries are not enough to support an asylum claim. For example, many applicants from Latin America want to escape their home countries where they are forced to choose between joining a gang or retaliation for refusing to do so. There are also applicants from Ukraine who are trying to escape violence. Their asylum applications will most likely be denied because civil war is not a sufficient basis to support an asylum claim.

For many, spending additional time in the U.S. justifies the possibility of facing the harsh consequences if the government discovers that the story was fabricated. If it is discovered that the story is false and asylum is denied, the person will undergo the removal process and could potentially be banned from entering the U.S. indefinitely. It could be worse if the asylum application is approved based on the fabricated story and the applicant later obtains lawful residence or a U.S. Citizenship. If the government discovers that the story was a lie, the person could lose their green card or even be “denaturalized” and forced to leave the U.S.

Unfortunately, many applicants fail to consider these consequences. In their eyes, the ability to stay in the U.S. legally and work while the asylum application is pending is worth the possibility of never being able to return to the U.S. if their asylum application is denied. Following the law with the help of a knowledgeable attorney can secure your residence status.

President Obama has announced changes to the immigration enforcement system that will allow as many as 5 million immigrants to remain and work legally in the U.S. Deferred Action for Childhood Arrivals (DACA) is an executive program that allows certain undocumented immigrants who were brought into the U.S. as children to stay and work on a temporary basis.
For many immigrants who were brought to the U.S. by their parents who are afraid of being deported, this is a big victory. DACA, however, has two major flaws.

DACA is an executive action by President Obama which grants the youths (to qualify, the immigrant must be under the age of 31) work permits and deportation deferrals. DACA does not, however, grant these youths green cards, visas, or formal immigration status, which can only be granted by Congress. There is absolutely no correlation between receiving a work permit/deferral and becoming a lawful permanent resident or U.S. Citizen. In addition, the work permit or deferment can be revoked at any time.

Parents of many immigrants protected under DACA have simply been left out of the reform. Imagine a mother who entered into the U.S. without inspection or whose lawful immigration status has expired. The mother brought her young children with her. Assuming these children meet all of the requirements under DACA, they will be able to receive work permits and deportation deferrals. They will be able to live in the U.S. for some time without fear of being deported. The mother, however, is not granted the same protection. She could still face deportation and the children could be separated from their mother. Awarding certain protections to one family member but not the other breaks the family unity rather than protecting it.

Submit this form and we will contact you within 24 hours 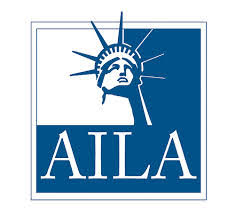